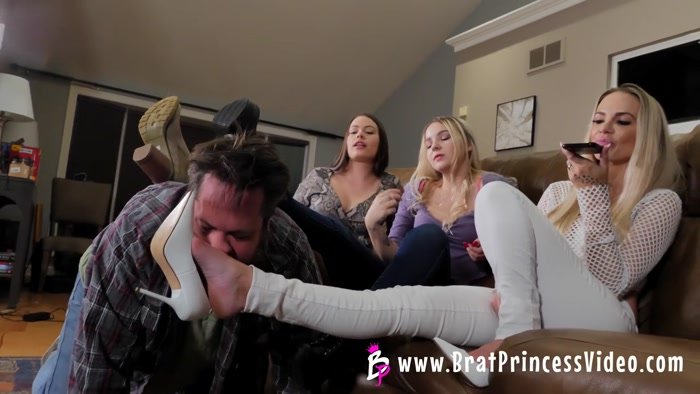 Platinum has a conversation with her Alpha boyfriend on speaker phone while her daughter and her daughter’s best friend use John, a beta male, as a footstool. Platinum’s boyfriend thinks it’s weird that she always has John crawling around her house, licking her shoes and worshipping her feet. Especially around her daughter. What kind of impression does that give a young girl! Platinum explains to her Alpha that they need John to support them financially because he never has a job. Platinum needs Alpha fucks AND beta bucks to keep her happy. Platinum announces that she plans to keep John around until he is completely financially drained. Platinum’s boyfriend is concerned about what her daughter is learning from her mother. He just doesn’t think that the Femdom lifestyle is right for a young girl to be exposed to. Platinum tells her Alpha that she’s already given her daughter their beta’s chastity key to wear! Kat is Platinum’s daughter and she will raise her however she sees fit. The girls hang up on the whiny Alpha male and go shopping with their beta’s wallet. 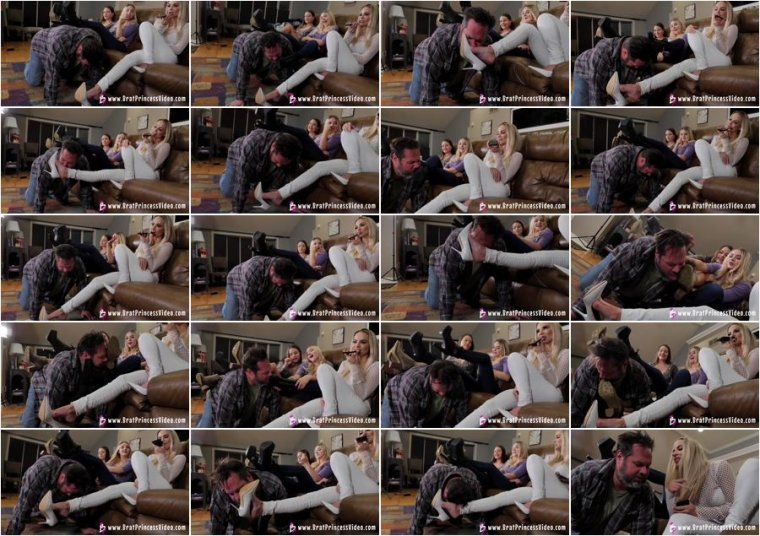